Tapping a set list that pulled heavily from their soon-to-be-released album Multi-Love, Unknown Mortal Orchestra infused WOW Hall on Thursday, May 7, with a bright, buzzy sound that threaded their trademark psychedelia through sonic realms of bass-heavy neo-Motown and ‘80s funk, all of it held together by the superb songwriting and furious guitar chops of frontman Ruban Nielson. Held deep in the groove by bassist Jake Portrait, drummer Riley Geare and newest member Quincy McCrary on keys, Nielson feathered his smooth croon into songs that, by turns, channeled the pop revivalism of Prince (“Multi-Love”), the plunky Hammond groove of Stevie Wonder (“Like Acid Rain”) and even the angular upbeats and tidal choruses of mid-career Talking Heads (“Necessary Evil”). The whole effect was a beaty, big and bouncy stew of smart, sophisticated music you can dance to, or dance music that is sophisticated and smart. Either way, UMO proved versatile and adaptive, unafraid of pinning a disco undercarriage to the raw, ethereal fuzz of their live sound. This is a talented band on the upswing, and they compel movement. 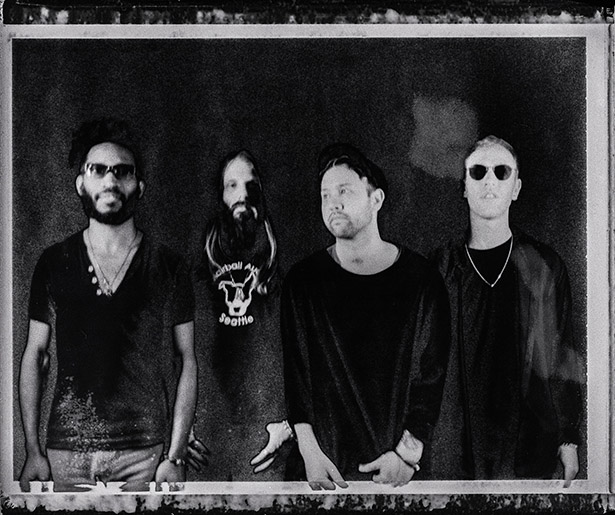