When Joey Bada$$ pulled into WOW Hall with the Pro Era tour bus around 5pm after an 11 hour drive on Thursday, June 18, it was his first time in Eugene.

My thrill was damn near tangible: I’ve recently decided that I want to be a rapper when I grow up. Rappers, obviously, are the coolest dudes with the coolest lives. When I tell people about this new career ambition, they want to hear me try my hand at freestyle. I have no idea how to freestyle rap. Much like the requisite medical school before performing surgery, there is plenty of necessary practice required before perfecting the art of rapping.

Denzel Curry (age 20), Mick Jenkins (24) and Joey Bada$$ (20) have all proven their incredible prowess in the early stages of their respective careers. In fact, when I had a chance to speak with Joey before the show, his professionalism focused on operating his Pro Era record label.

For these rappers, as impressive as they already are (especially considering their ages), they’re also out there doing their jobs … just like everybody else. Sometimes it takes a few steps back from the chaos of our own lives to reach that realization.

Denzel Curry was the first to hit the stage on Thursday, and he immediately sparked a high-energy mosh pit. For a good sample of his music, check “Threatz” — and make sure to watch the surprisingly artsy music video.

Mick Jenkins, who went on stage around 10 pm, began his set with hit single “The Waters” (which was the title track off his latest mix tape) and made the crowd feel loose. Several times he began a “DRINK MORE” chant with a “WATER” call and response. Later in the show, Jenkins asked the crowd if he could perform “brand-new shit nobody heard yet” before delivering what sounded like a rhythm-based slam poem.

I also dug the backup singer for Mick Jenkins, who reminded me of Frank Ocean. He rocked a black checkered bandana and added a nice dimension to the show. Jenkins also waxed a bit political after playing a cover of “Fuck Tha Police” when he admitted that he “got it bad ‘cause he brown.”
In perhaps the most surprising moment of the show, someone threw a glass bottle on stage that shattered. Jenkins cut the music, and the crowd began to chant “get the fuck out!” at the culprit until security arrived.

My favorite moment from Jenkin’s set came when he talked about the correlation between Lil Wayne’s lyrics and a recent murder case. He explained that he hoped to inspire people to drink more water, rather than induce violent behavior, in his own lyrics.

Joey Bada$$ brought out a stage setup that looked intergalactic, with lamps that changed colors during the show. He sampled Snoop Dogg in tribute to the West Coast, and sampled Biggie Smalls — who he says is his biggest creative influence. 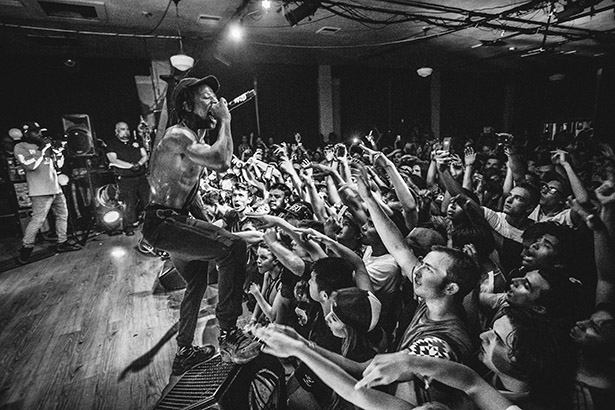 “I always tell people the first person to ever inspire me to hip hop was Biggie,” Bada$$ told me. “When I first heard Biggie when I was a child, it was just like, I was literally hypnotized by his ‘Hypnotize’ song.”

Bada$$ also played songs from the mix tape 1999 (2012), including “Fromdatomb$” which features the stanza: “Big ups to Brooklyn, home of the Era.”
He did his own rendition of “It’s A Hard Knock Life” from the musical Annie (1982), which is a bit of a tribute to Jay Z’s similar remix. He also dedicated a song to his favorite producer of all-time, J. Dilla.

Bada$$ performed as tribute to his fallen homies, including late label founder Capital STEEZ. This came with an actual moment of silence for STEEZ and his cousin Junior B, before he played Pro Era’s track “Like Water” — which received a warm reaction from the crowd.
His performance sounded best a capella, or when his DJ was beatboxing for him. The best song of the night was “Christ Conscious” from new album B4.DA.$$ (2015). Bada$$ also asked for a mosh pit, the biggest in Eugene history, before his final song. Then he promised to sign all purchased merchandise after the set.
“I ain’t never been to Eugene, Oregon, before, but you could’ve fooled me,” Joey said from the stage. “Make some noise if you’ve been waiting for this concert for awhile.” 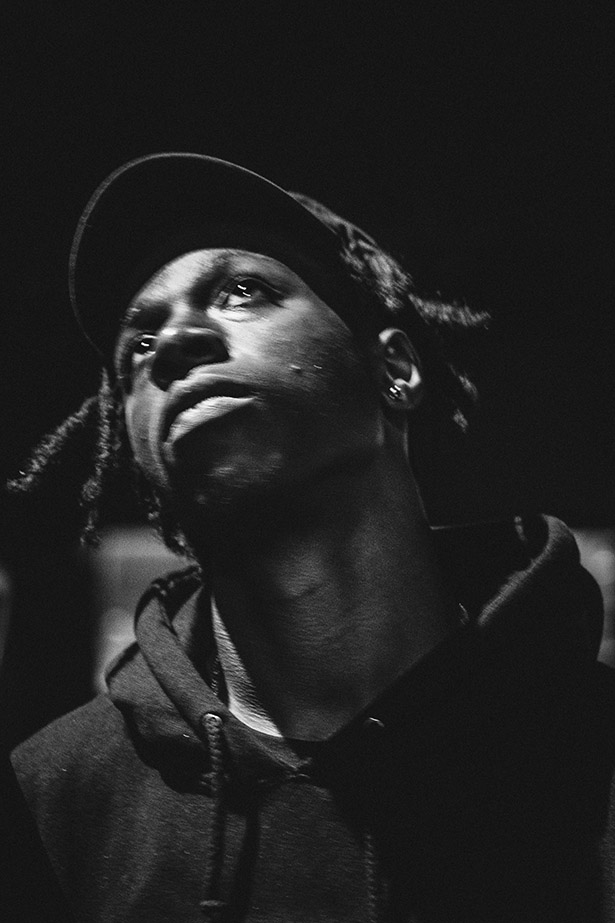