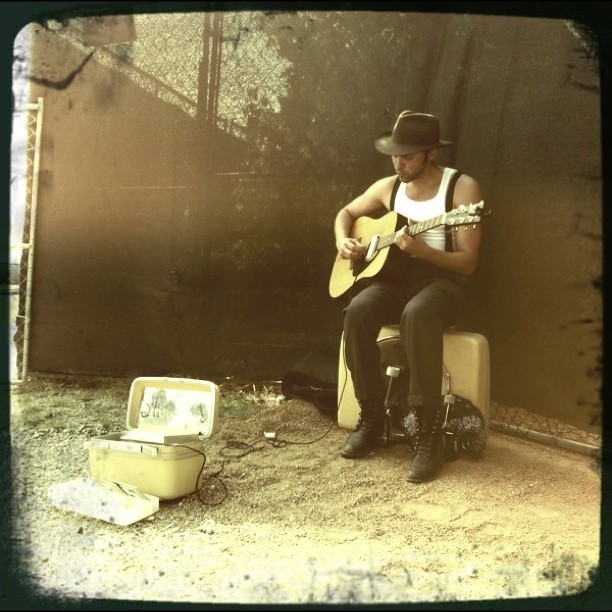 Shakey Grave’s “stunning” (KUT-FM) one-man show has made him a hero in his hometown of Austin, TX, so much so that the Mayor of Austin gave him his own local holiday: February 9th is officially proclaimed “Shakey Graves Day” there.

Shakey stomps out dusty rhythms on a hand-made kick drum built from an old suitcase on top of feverish finger picking that brings to mind Townes Van Zandt, Leo Kottke or Michael Hurley.

Maybe the single most buzzed-about new artist in Austin, his local residencies are the stuff of legend. KUT-FM picked him as one of the best new artists of 2012, The Austin Chronicle called his last album one of the year’s best, and he was chosen to warm up the crowd on the Railroad Revival Tour stop featuring Mumford and Sons and Edward Sharpe and the Magnetic Zeros.