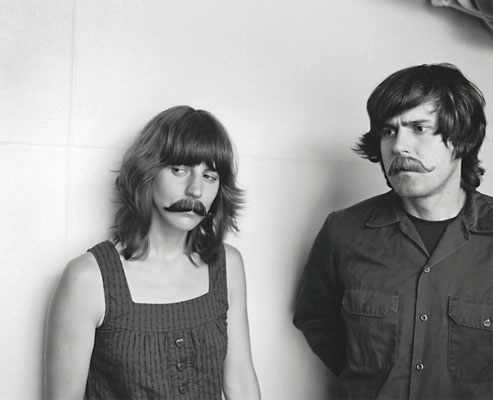 So when the press release for his upcoming album Matricidal sons of bitchesis this out-there and awesome, we thought it would be best to just get out of the way and let you read it:

“Matricidal sons of bitchesis not the soundtrack to not a film. But what if it wasn’t?”

“Hmm. I don’t mean to bore you, but to leave out the dashes for once, a Poverty Row picture was a not even a B picture. For instance, the production budget didn’t really have the money to pay for a decent script, or acting, or photography.

“So: my newfangled old-fashioned Poverty Rue (in France) production didn’t have the money to pay for a script, or acting, or photography. Being challenged all the way round, a Poverty Row movie certainly couldn’t often pay for original music. A film would have to fill itself out, in general, with stock, ‘royalty free’ cues from a “Synchronization Service”.

“Well then. Keeping to tradition, here on Poverty Rue my non-filmed film would have to have as, or on, its nonexistent (“nonexistent”, because the (nonexistent) soundtrack is not the soundtrack, but the picture (or the not a picture) itself) soundtrack as much ready-made sort- of things-you’ve heard-before as possible. Or at least, as is feasible.”