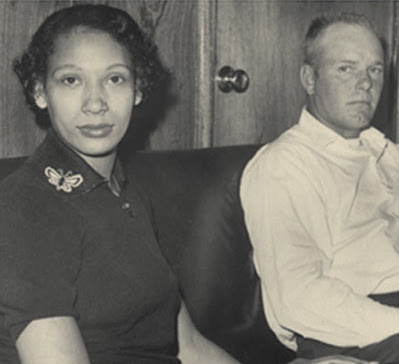 A woman named Loving died last month, a pioneer in the fight for equal rights to marriage. She was black, but the parallels of her case to the current fight for equal marriage rights for gay and lesbian couples are striking.

In 1958, Virginia deputies broke into Mildred Loving and her white husband’s bedroom shinning flashlights and carted the couple off to jail for breaking the state’s laws against interracial marriage. Arguing that God did not intend for the races to mix, a Virginia judge convicted the Lovings of felonies, fined them and banned them from the state.

The couple later appealed, and in 1967 the U.S. Supreme Court threw out the interracial marriage bans in Virginia and other states as violations of the Constitution’s equal protection and due process clauses.

Chief Justice Earl Warren wrote the unanimous decision. The court found marriage discrimination “odious to a free people whose institutions are founded upon the doctrine of equality.” Warren wrote, “The freedom to marry has long been recognized as one of the vital
personal rights essential to the orderly pursuit of happiness by free men.”

Last year Mildred Loving issued a statement on the 40th anniversary of her Supreme Court victory calling for equal marriage rights for gays and lesbians.